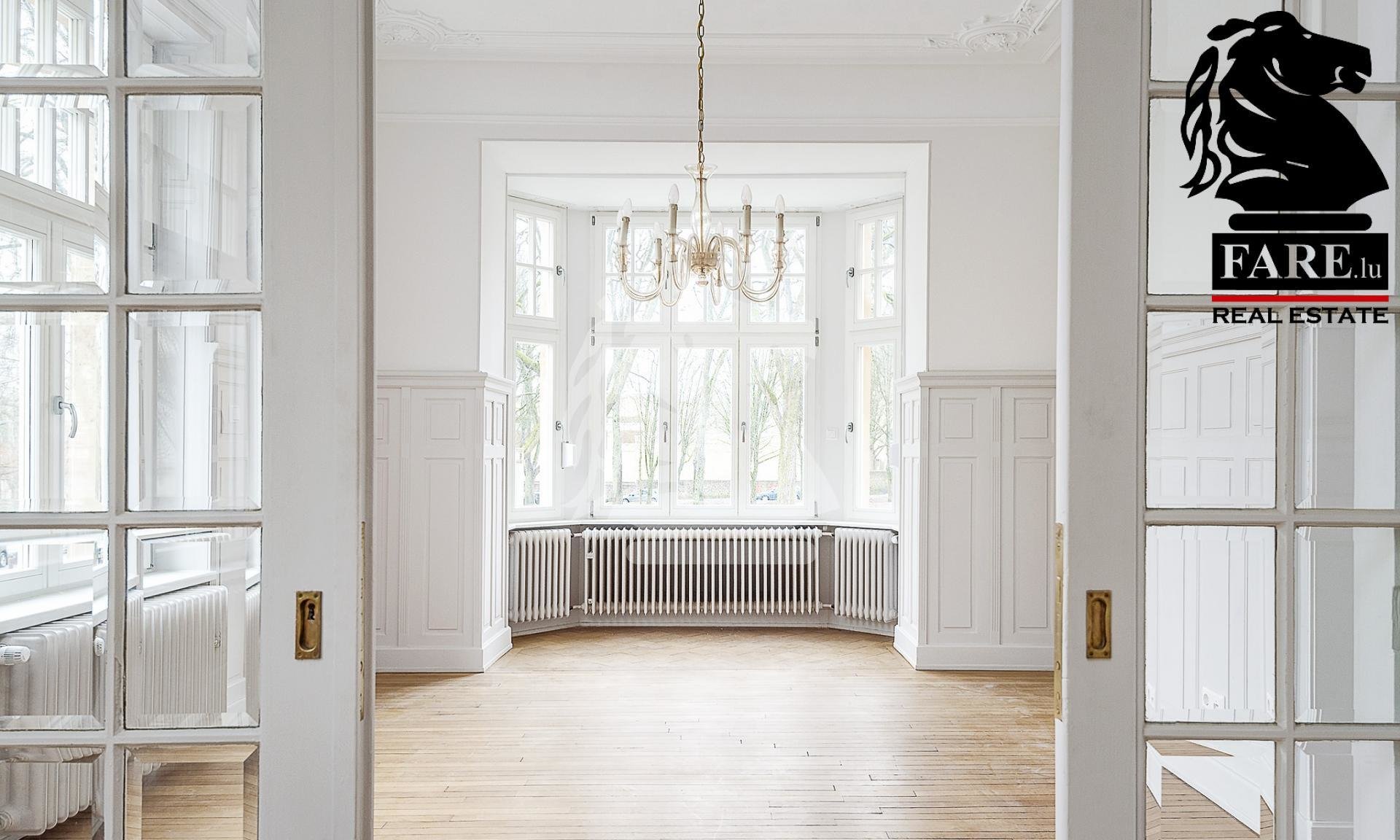 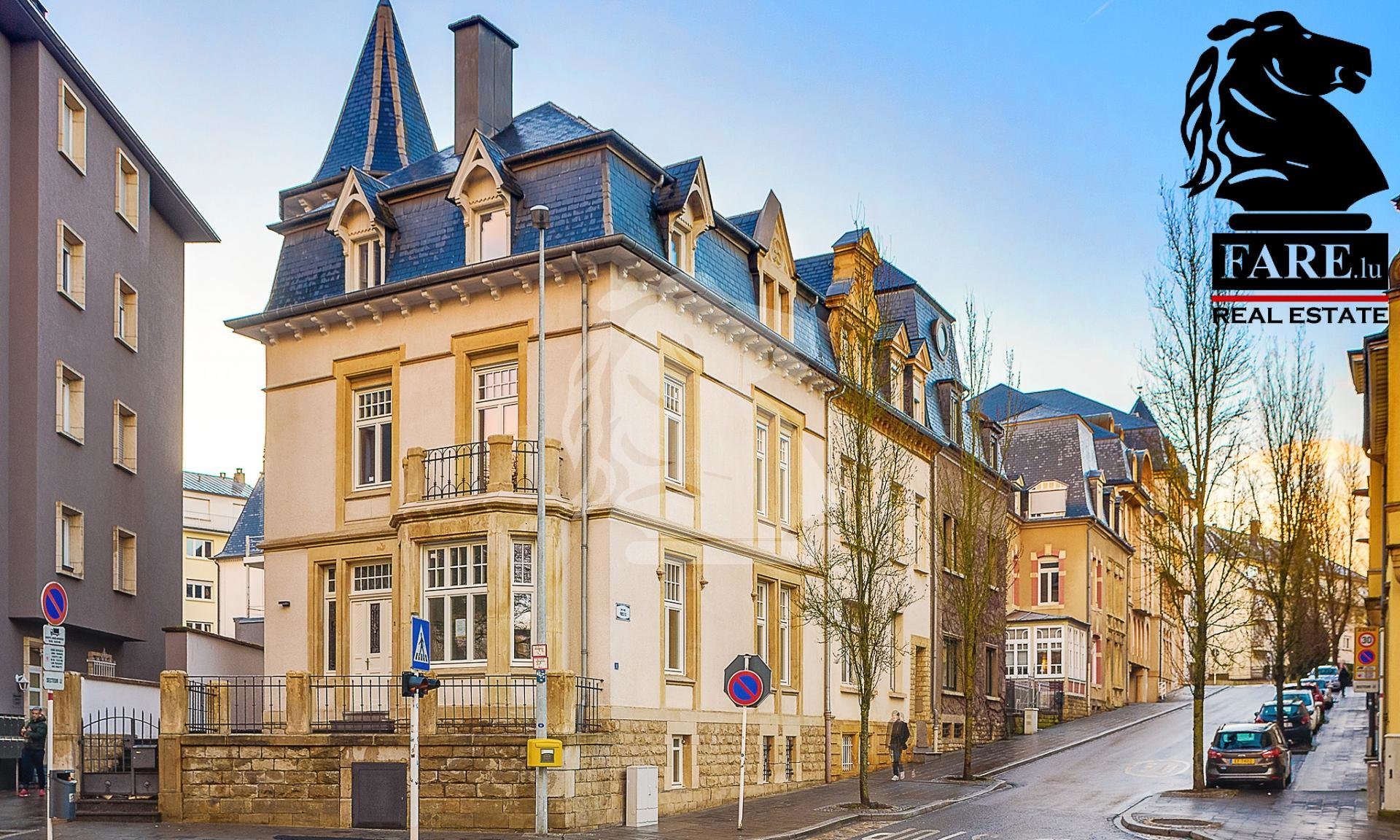 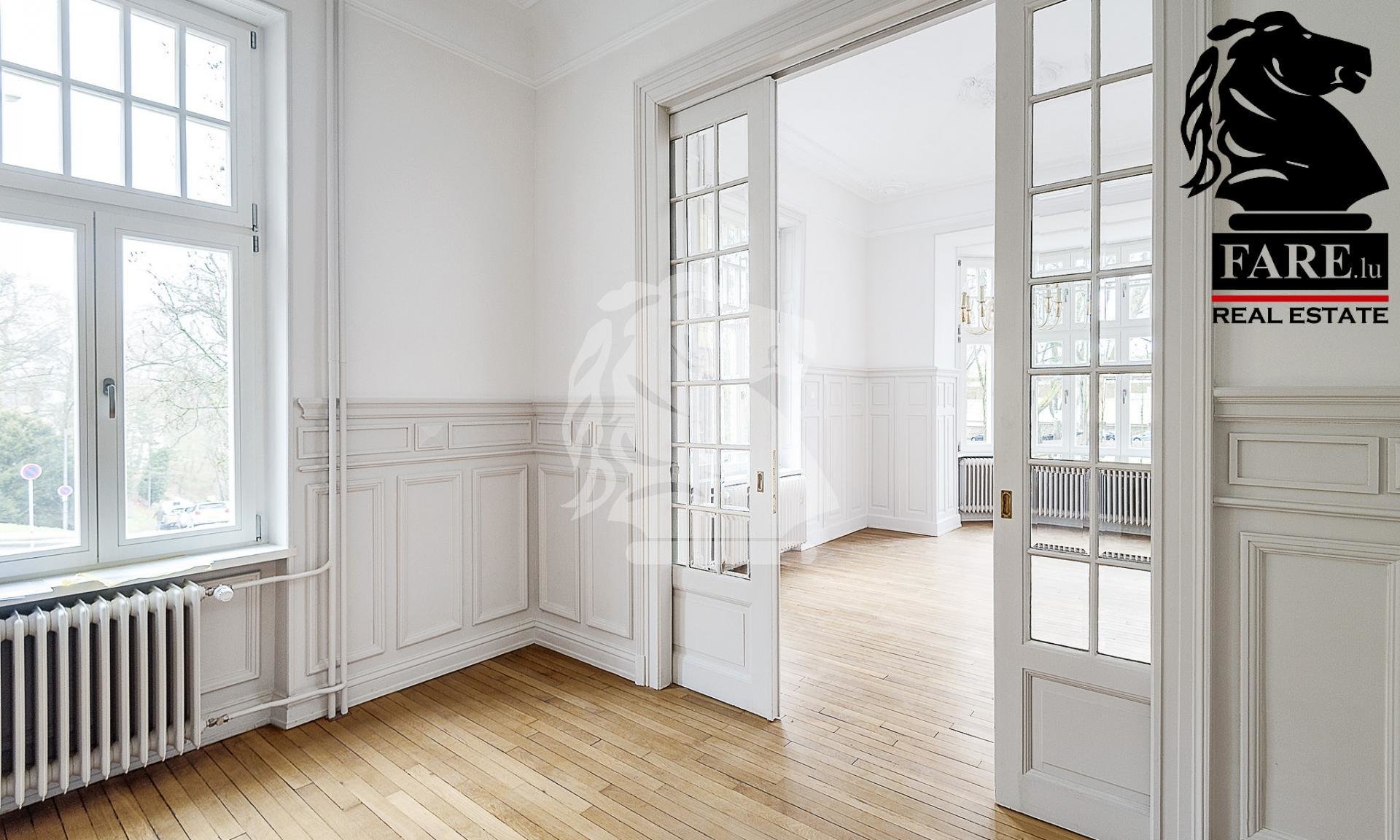 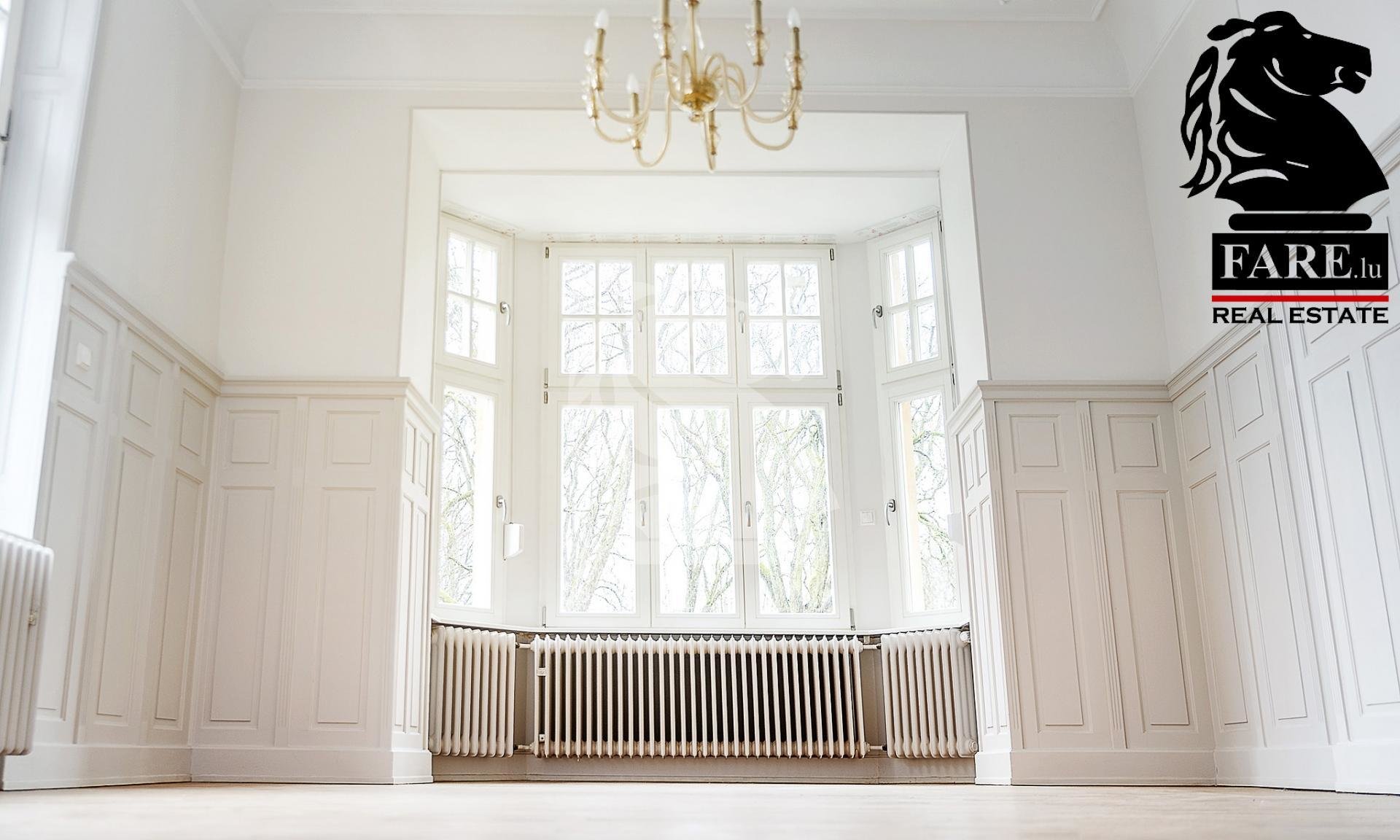 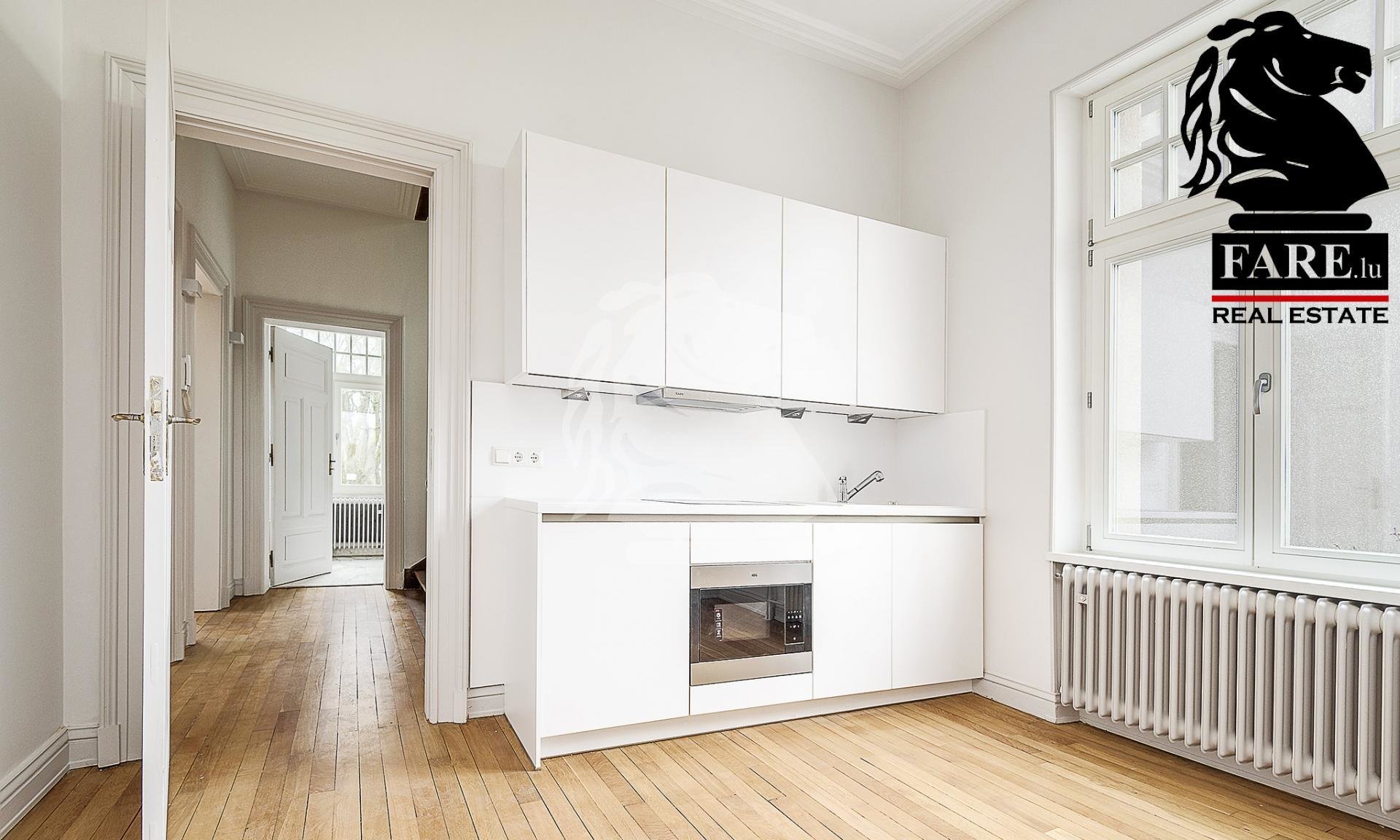 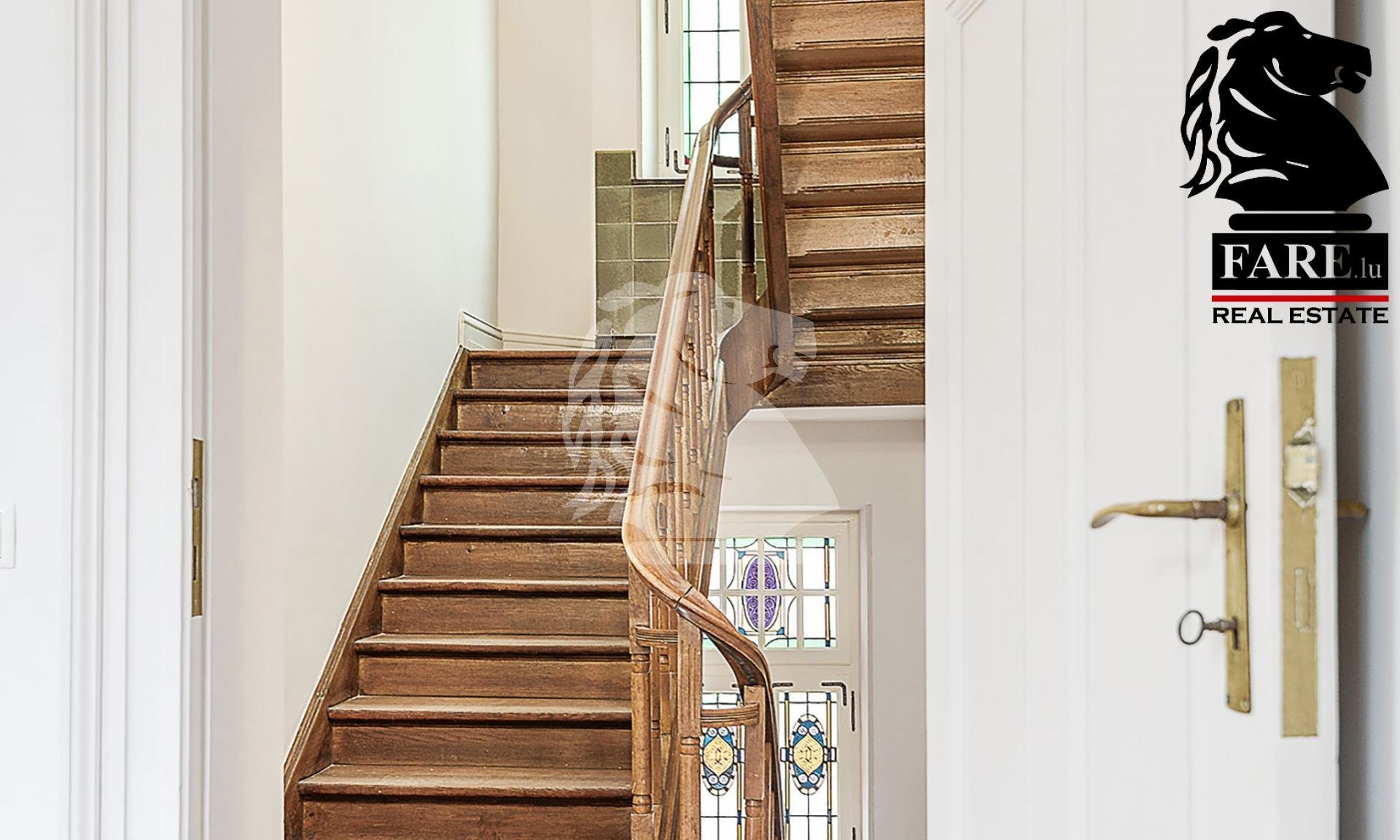 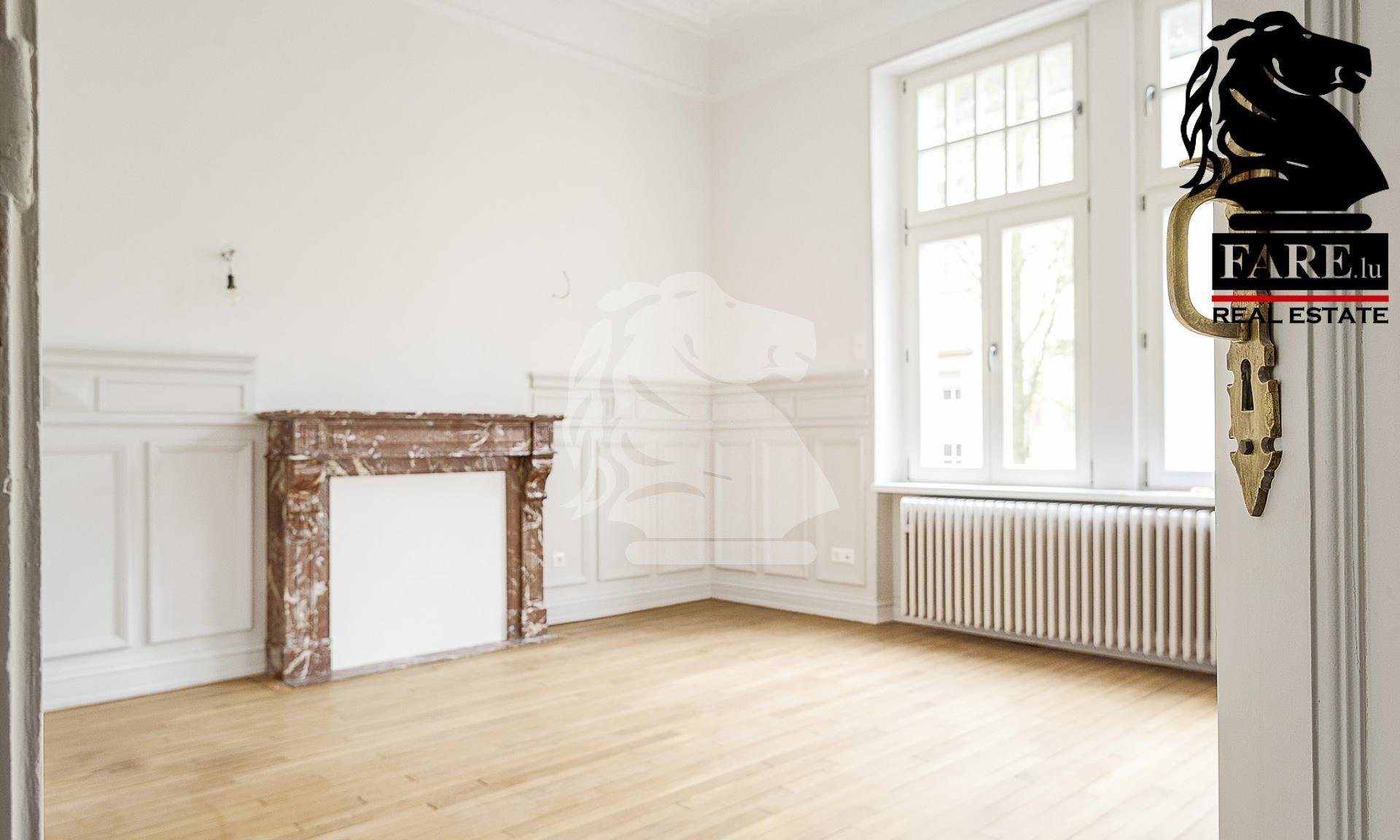 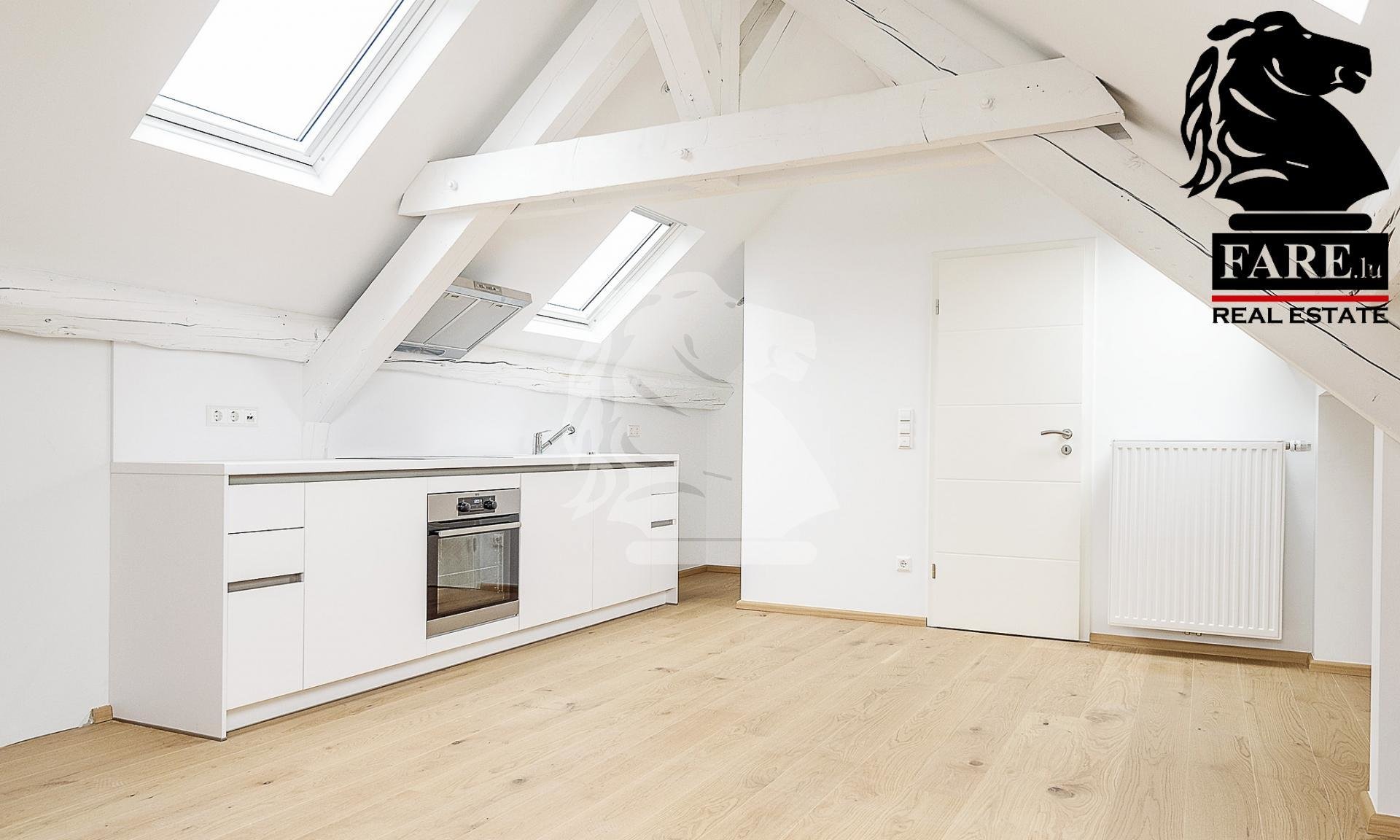 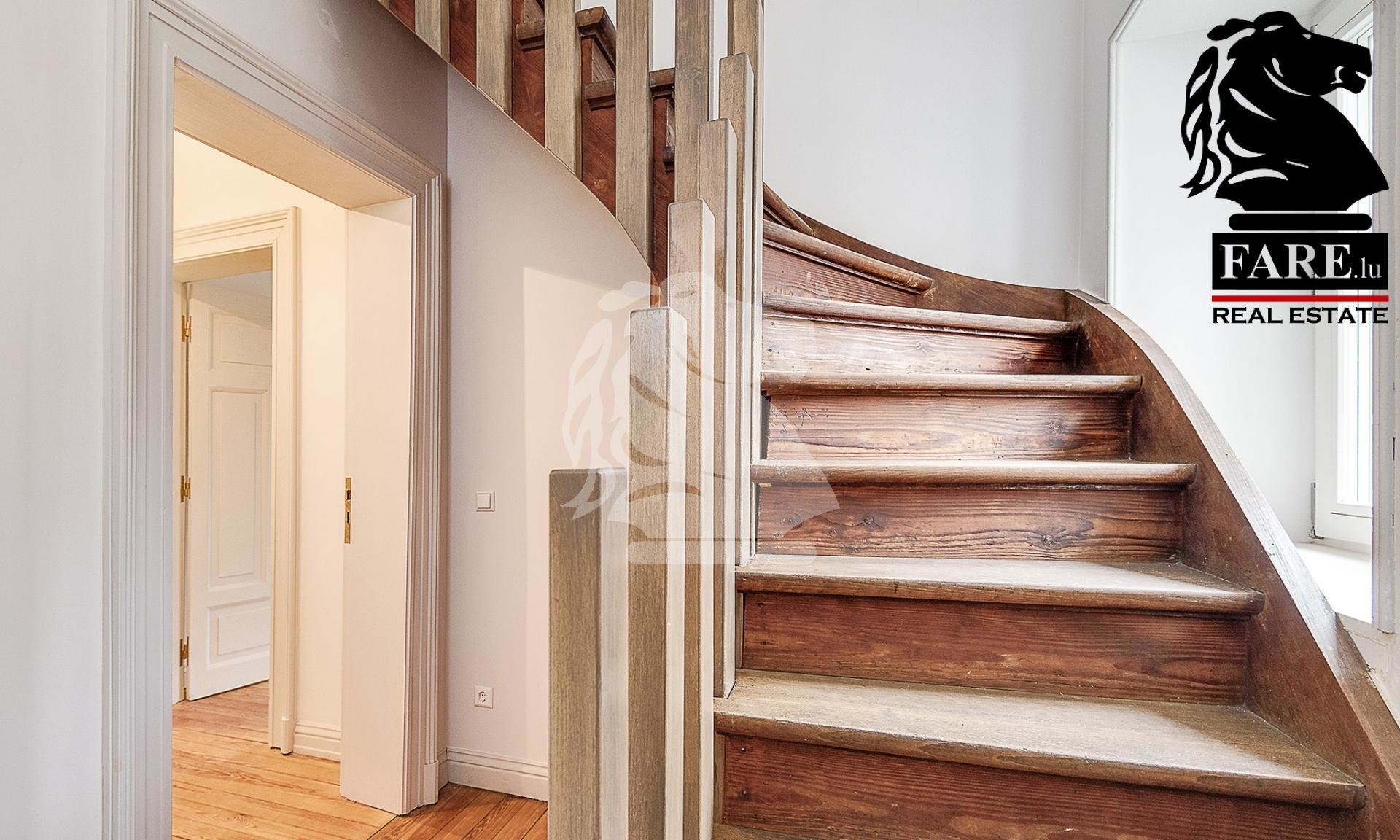 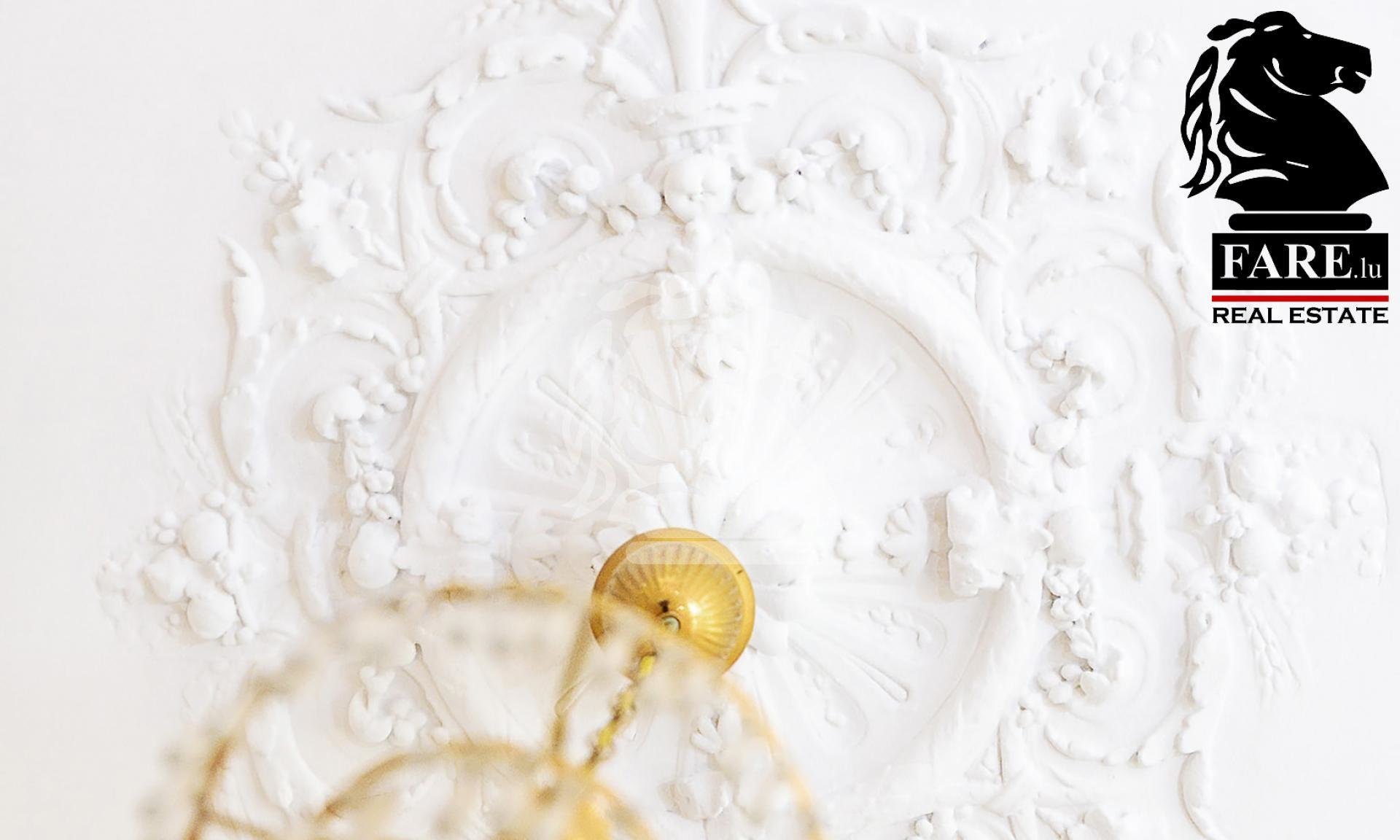 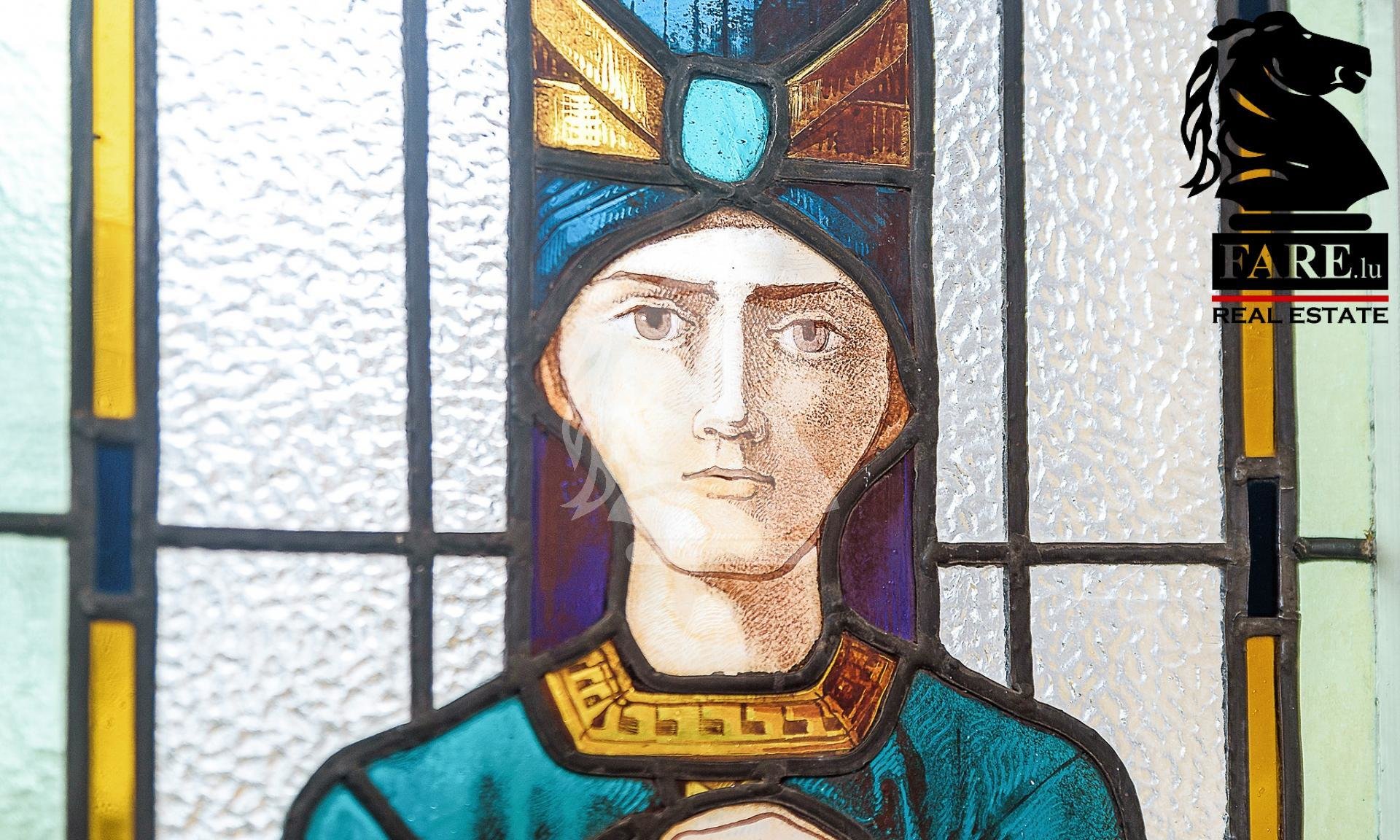 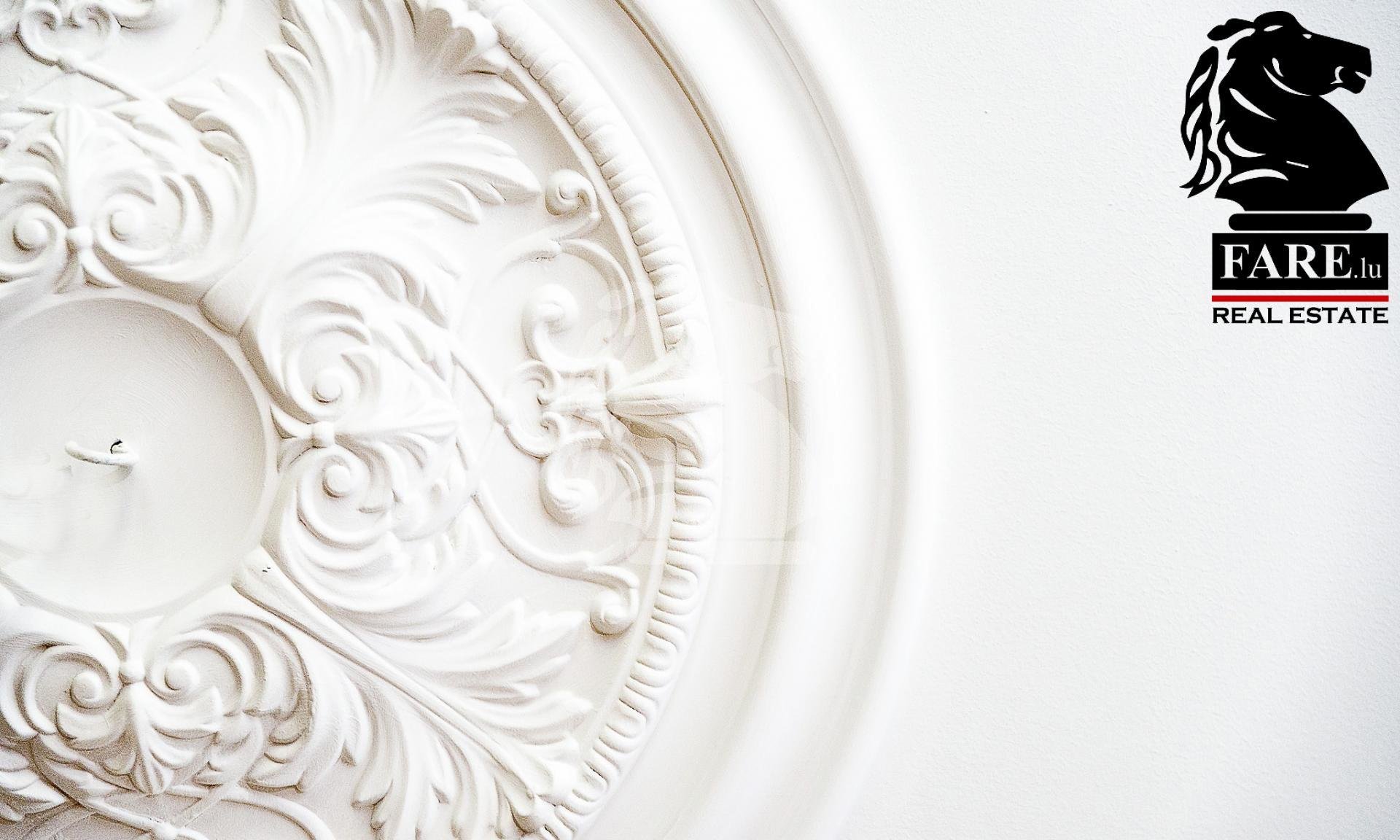 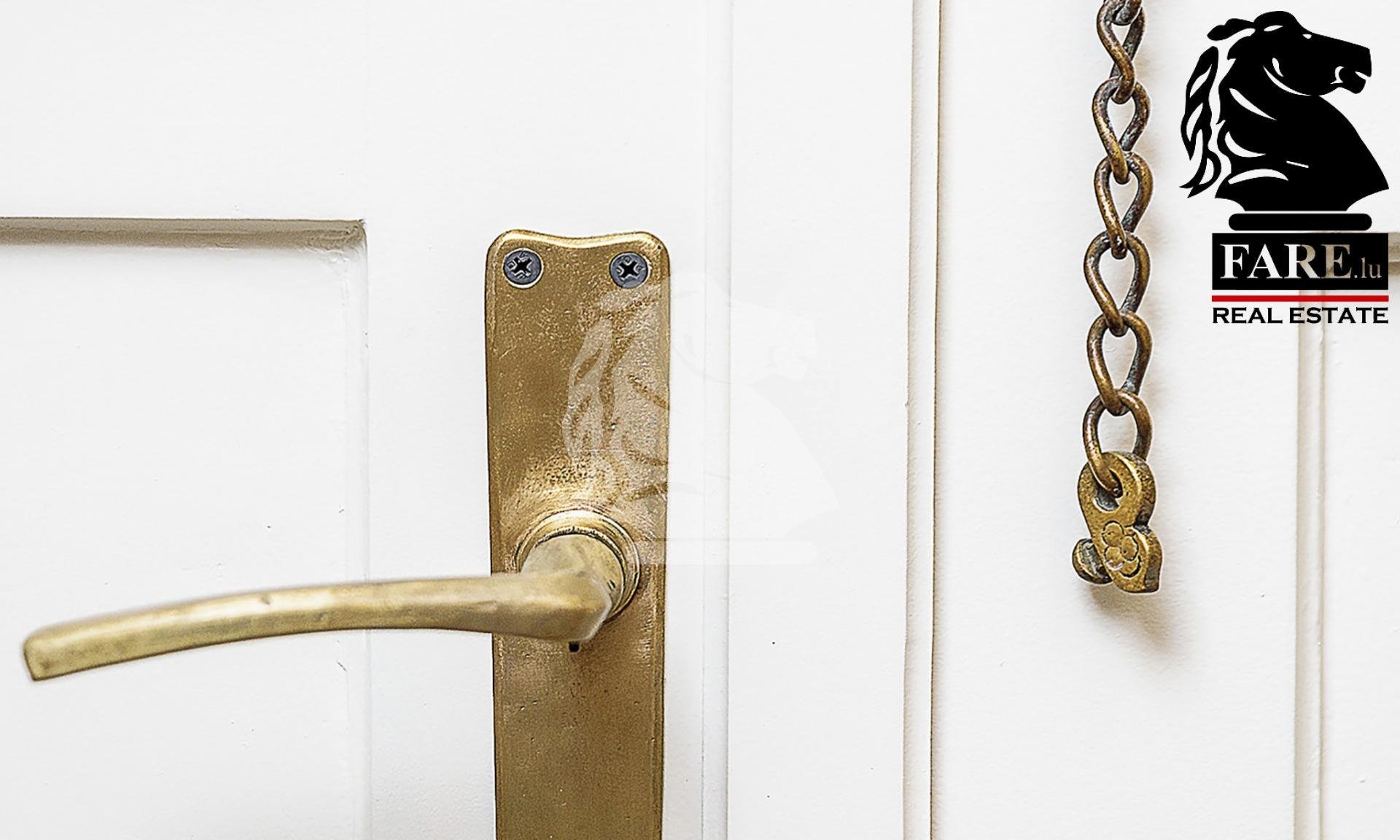 FARE S.A. proposes you this mansion entirely renovated being located rue des Roses in the heart of the city of Luxembourg in the district of Limpertsberg which will allure you by its stamp, its geographical position as well as its single character.

You reach the house dating from 1900 through a sumptuous old stained glass door.
On the ground floor there is an entrance hall of about 6m2 illuminated by old stained glass windows which has kept its period tiles. The hall is separated by a glass door whose security door is equipped with triple glazing like all the exterior carpentry of this house.
The large living/dining room with its original oak parquet flooring, which can be divided by a sliding door, is framed by restored old woodwork; the same goes for all the ceiling moldings that decorate the rooms with a height varying between 3.5 and 4 meters. An equipped kitchen, a shower room with WC and washbasin complete this level. Access to the stairwell can also be gained through a separate entrance door at the rear of the building.
The 1st floor is divided into: 2 large bedrooms, a kitchen that can be converted into an office or additional bedroom, a shower room and a separate toilet.
The 2nd floor: 3 bedrooms, a shower room and toilet.
Access to the attic is via a wooden staircase with storage space, which leads to a light-flooded studio apartment with a fully equipped kitchen, shower room and toilet. A small door gives access to a turret that adorns the roof of this exceptional residence.
The semi-enclosed cellar is composed of 3 large rooms as well as a laundry room and boiler room with new Buderus boiler fueled by town gas.

You’re sure to fall in love! 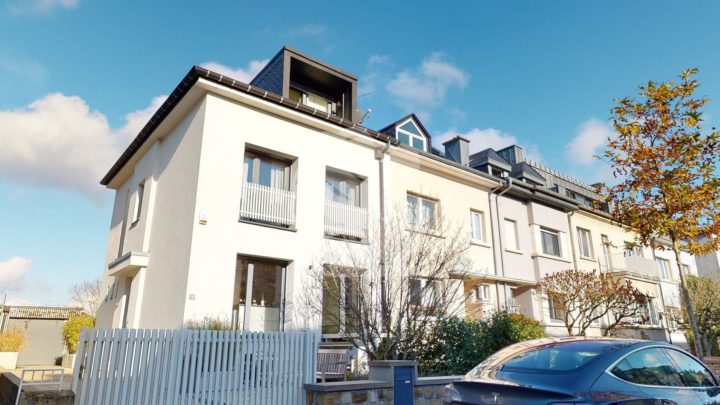 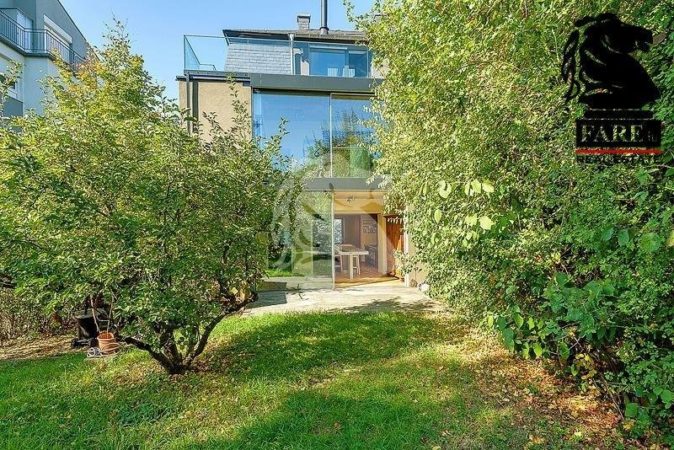 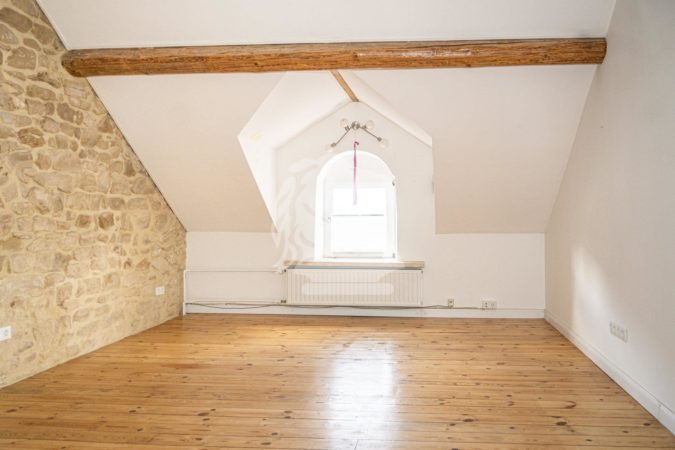 You want to sell a property?

Whether you are selling an apartment, a house, a commercial building or land for building, they all require the support of a professional who understands the current market conditions.

You don't have permission to register

Find out more or adjust your settings.

This website uses cookies so that we can provide you with the best user experience possible. Cookie information is stored in your browser and performs functions such as recognising you when you return to our website and helping our team to understand which sections of the website you find most interesting and useful.

Strictly Necessary Cookie should be enabled at all times so that we can save your preferences for cookie settings.

If you disable this cookie, we will not be able to save your preferences. This means that every time you visit this website you will need to enable or disable cookies again.